arnold on 7 Feb 2019
⋮
Commented: Image Analyst on 10 Feb 2019
Hi,
I have been trying to come up with a better solution for the quantitative analysis of electronic properties of wafers (photoluminescense to be precise). The kind of measurement doesn't play a role here. What's important to know, there is a geometry on the structures with a well known geometry and I would like to extract the pixel value of each field. In case of the example below, there are 7*7 = 49 square fields, besides the corners, they're all squares. Within each of those 49 fields the pixel values should be constant. Artifacts however, caused by defects in the wafer like dirt on the surface or scratches while handling, impair the material quality, thus lower the pixel values locally. The imaging artifacts are always of LOWER signal, they can't generate a higher signal. These defects influence their surrounding depending on their parameters, so there is a certain "unsharpness" to the information. This diffusion is not a constant however so at this point it makes no sense to try to look for an inverse point spread function or something.
What I'm looking for now is a better way to extract the "true pixel value" of each field, IGNORING the artifacts. I'm certain there should be a workflow or algorithm taking into account the boundary conditions at hand, which is.
combined these 'boundary conditions' should be helpful in identifying what the actual value are.
A binary mask or even a pixel weighting based on confidence that the signal is not-impaired is what I'm looking for. Maybe there is also a way to make it an optimization problem, trying to simulate the local values based on the known pattern with locally unknown values. I'd really appreciate any input on the issue!
regards
Arnold
So far I've tried:
example of raw image with 'artifacts' on top of square structures: 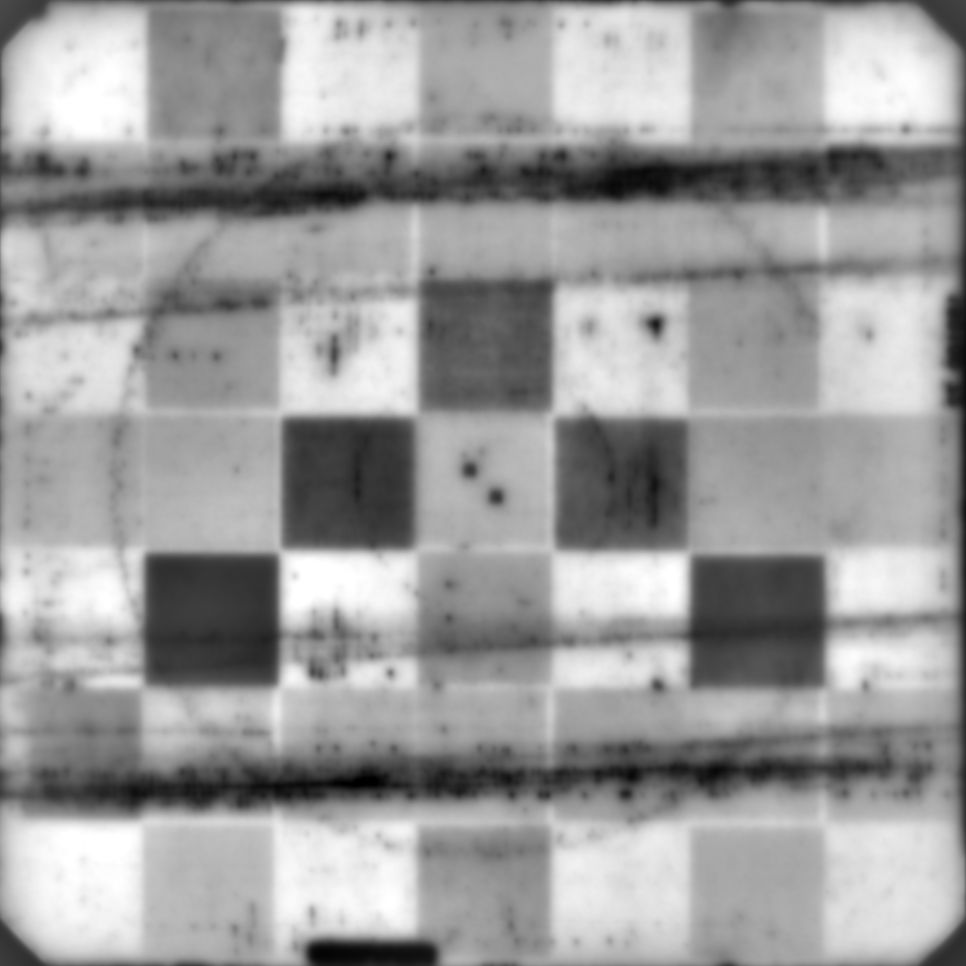 marked areas that are 'subjectivelly' giving the right values: 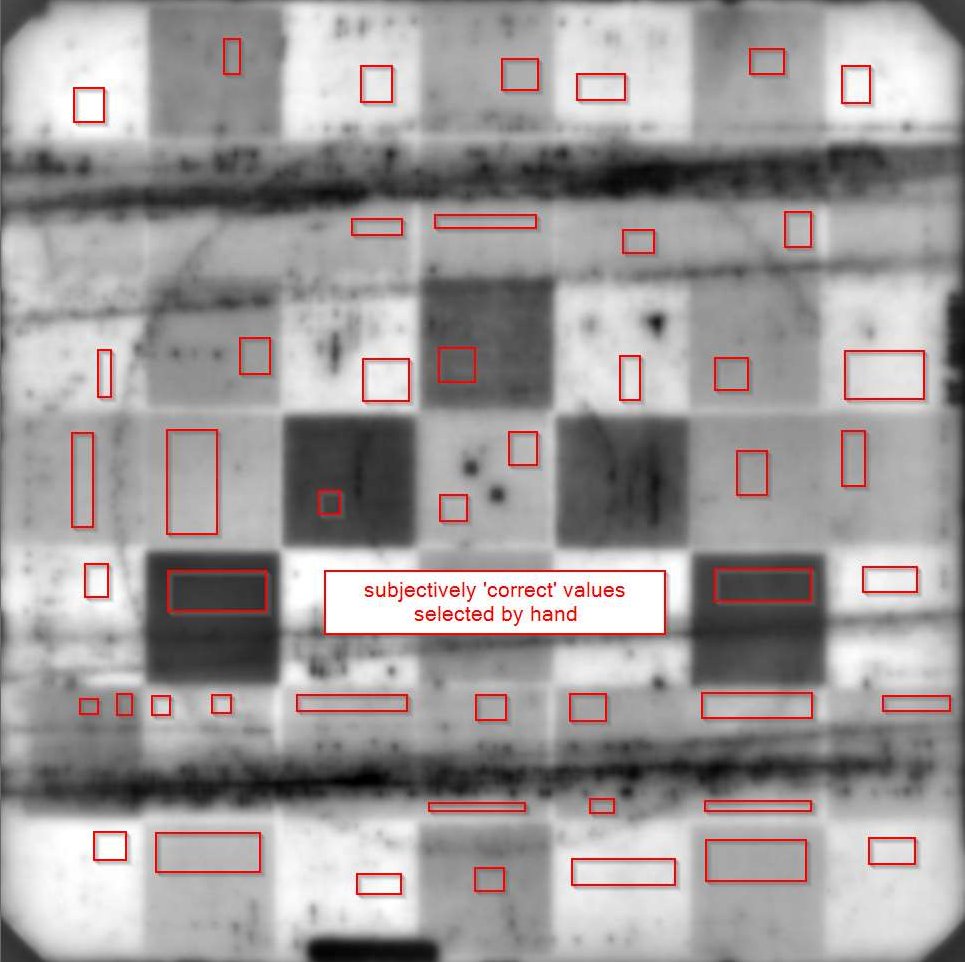 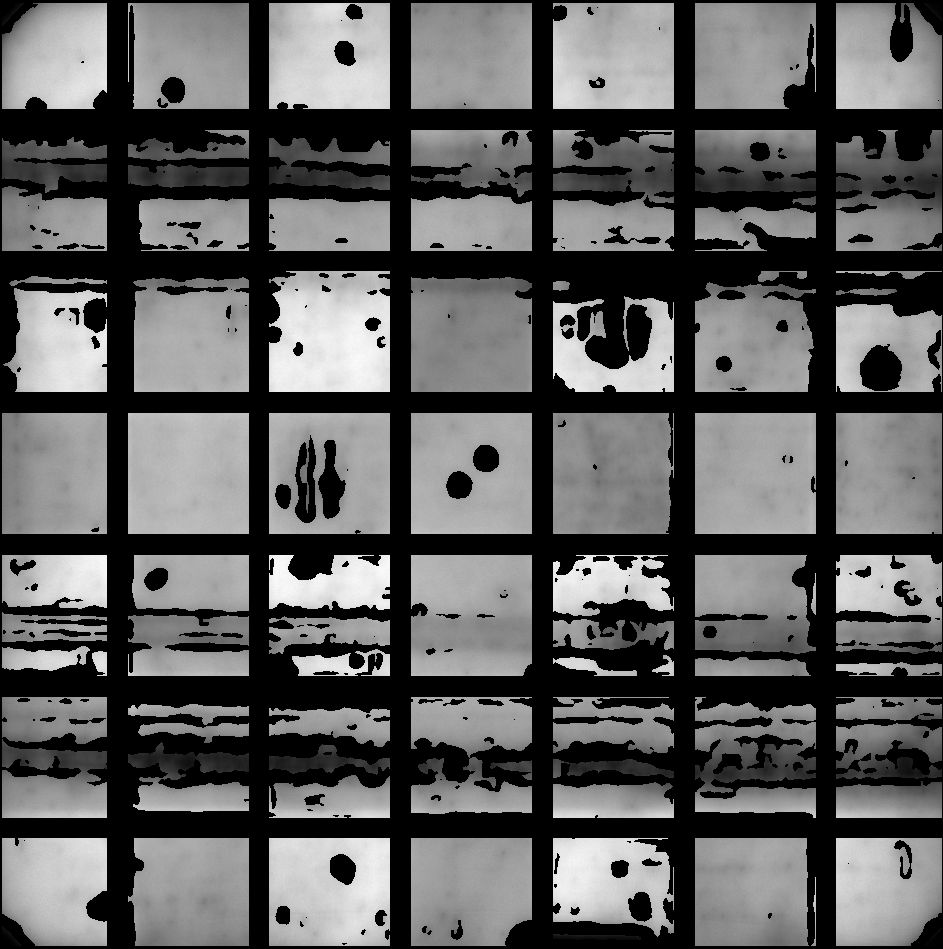 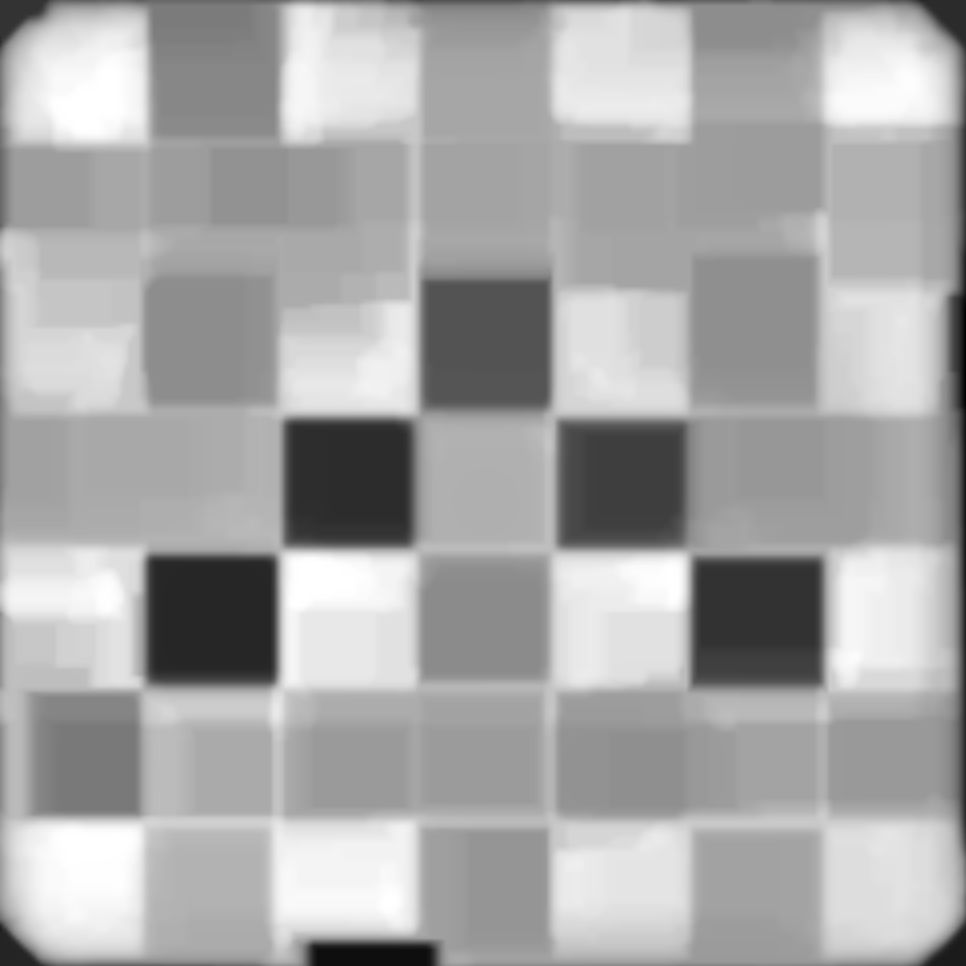 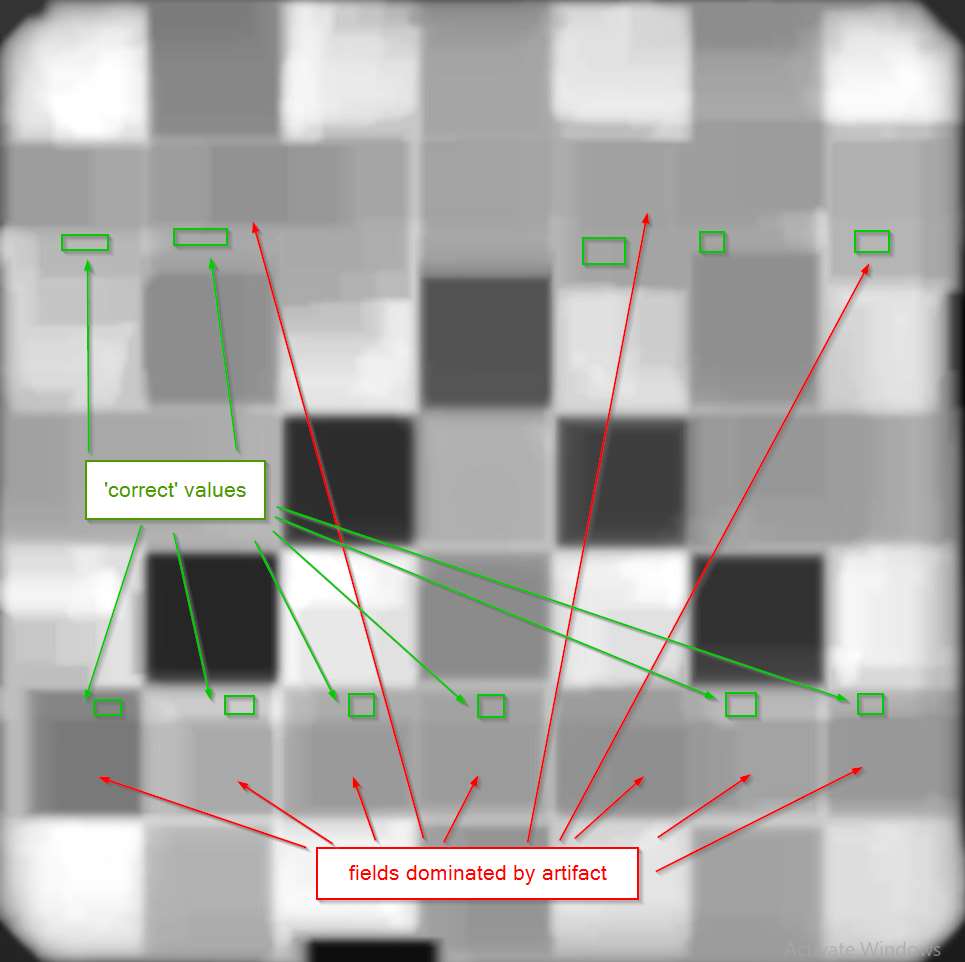 ⋮
ok, I have figured out, that I can achieve pretty much the same as the ImageJ rolling ball background subtraction by using
img = img + imbothat(img, strel('ball', 50,50))
However, I would still appreciate an idea as to how one can utilize the three boundary conditions mentioned above.

⋮
creating a template makes sense, but what intensities would the template contain and how to compare or optimize it then?
Maybe I should have stated more clearly, that the intensity in each field is unknown... that's why we measure it in the first place. The experiments are set up so that we do know each field should be 'flat' but the overall value is the experimental result.
So we create many wafers with different parameters in each location.... here is a bunch of results as example. 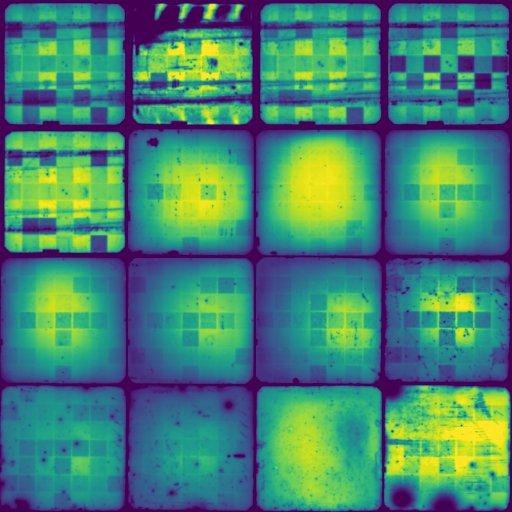 Therefore all I really know about the pixel intensitiy in each field is that it is supposed to be locally flat and that defects in stripes or blobs stretching several fields wide can occur which are hard to filter out locally. Small defects are easily filtered.

⋮
The template is defines as a binary mask that you can then label with bwlabel() to identify distinct regions. It merely defines spatially connected regions, not the intensity within them. The best guess as to what's a "normal" flat region inside each region might be the mode of the region. Alternatively you can look at the MSER algorithm.