Camera Calibration does not work.

ASDM on 20 Aug 2019
⋮
Answered: ASDM on 25 Aug 2019
Hello,
I'm just trying to calibrate a camera, sticking to every searchable guide, but no matter what I do, it just does not work. Maybe someone of you experts has an idea here.
Below is my approach:
I use the Camera Calibration Tool, the camera I use is an iPhone 7, the Checkerboard is printed on DIN-A3, 7x10 Square and each square is 40mm by 40mm.
The checkerboard was printed on 300g paper with an inkjet printer and then stuck to a stiff and flat wooden plate with double-sided tape.
I blocked the autofocus when taking pictures.
I take about 30-40 pictures, feed them into the program and then remove so many, until the best 10-20 left.
With the calculation of 2 coefficients the result is not satisfactory, but with 3 coefficients the result makes even less sense.
Does anyone have an idea what could be a possible source of error?
I would be very happy to receive an answer.
Best regards
ASDM
Camera Setting 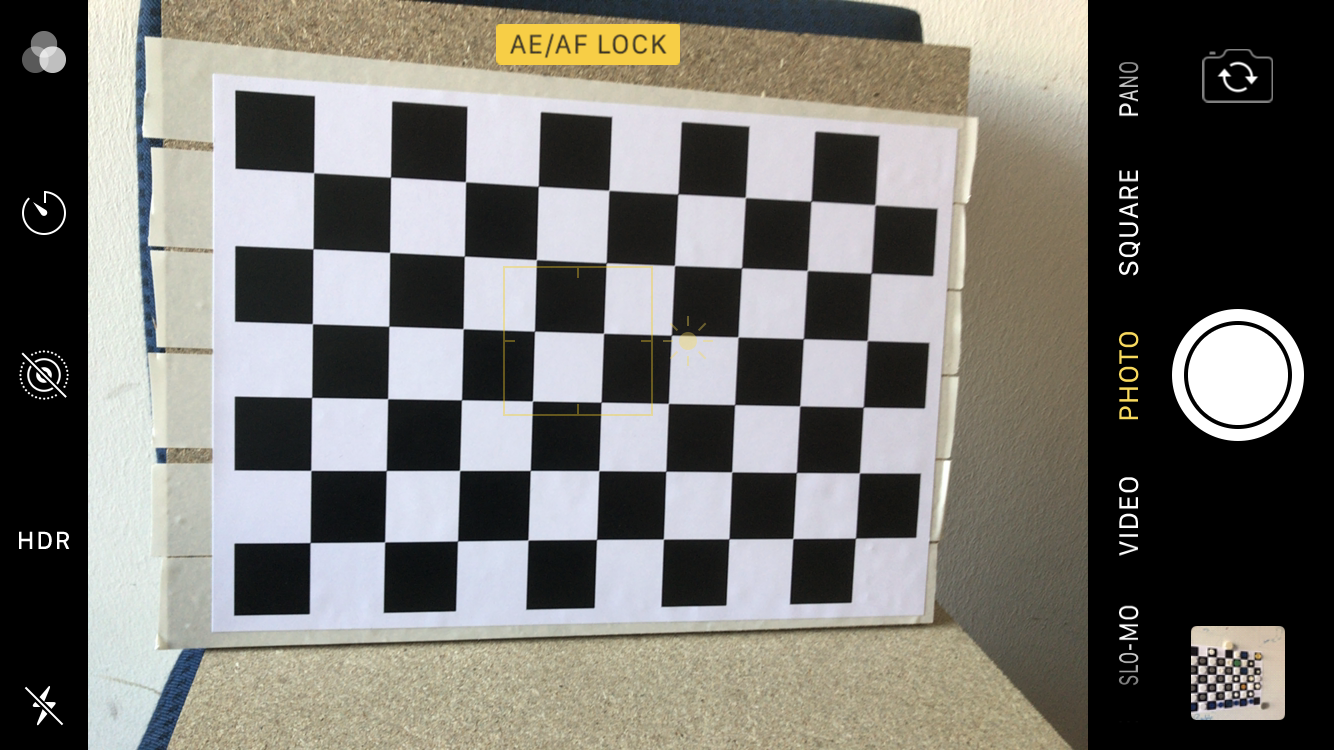 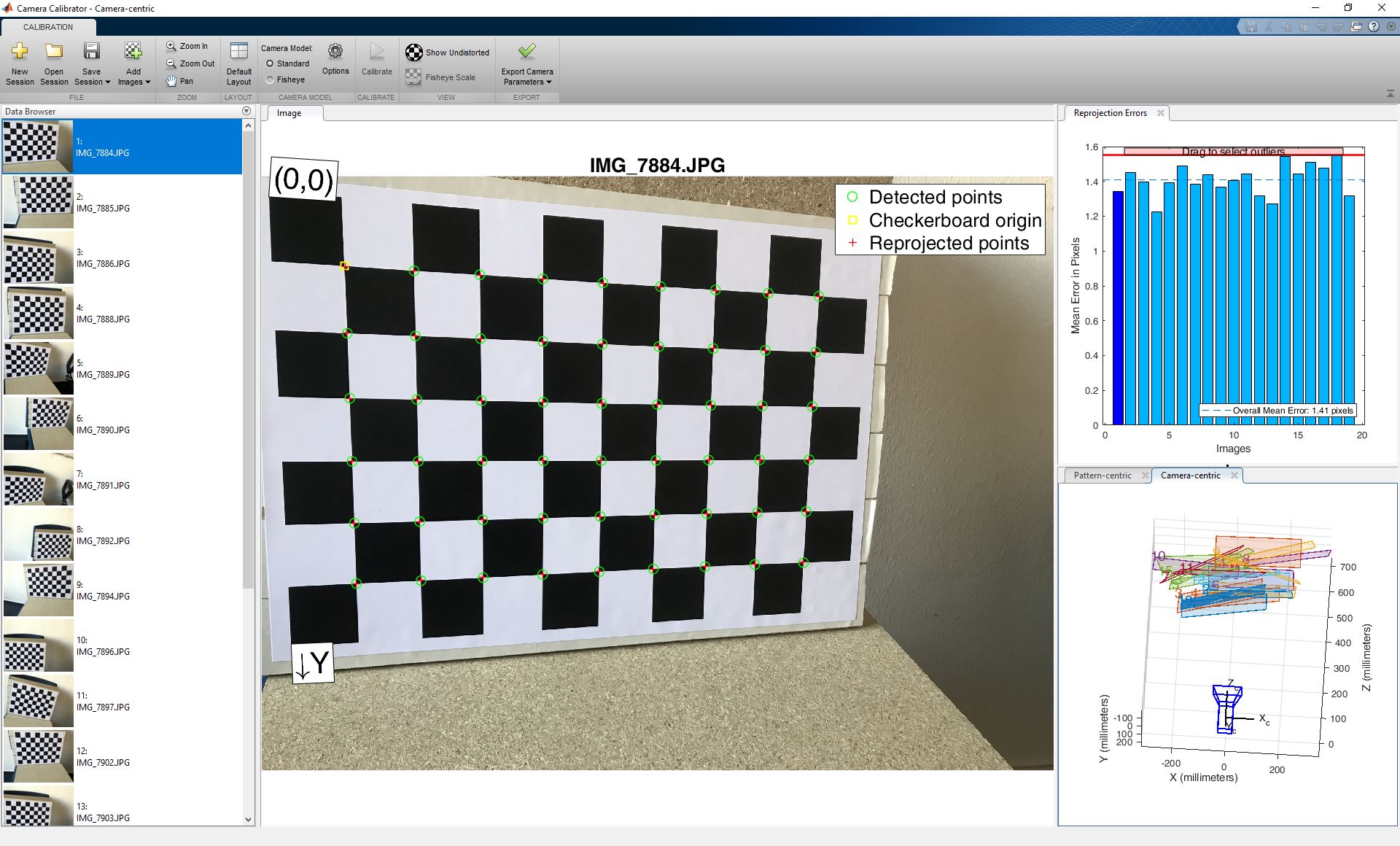 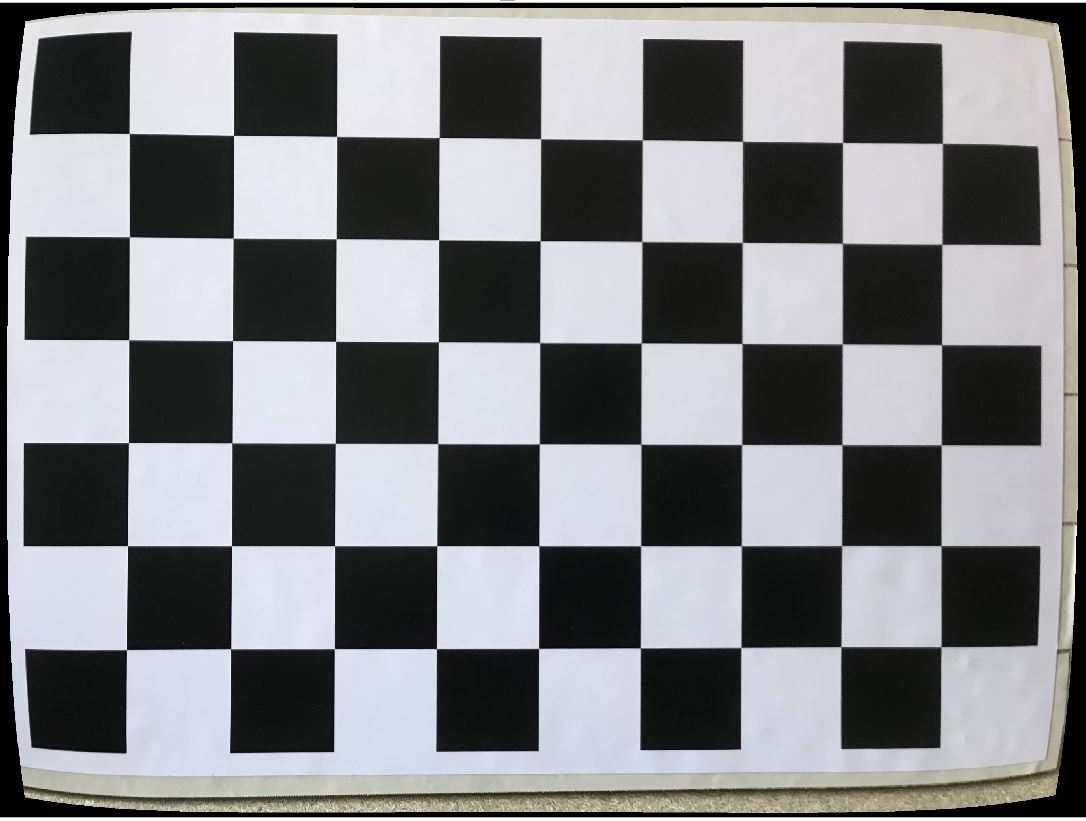 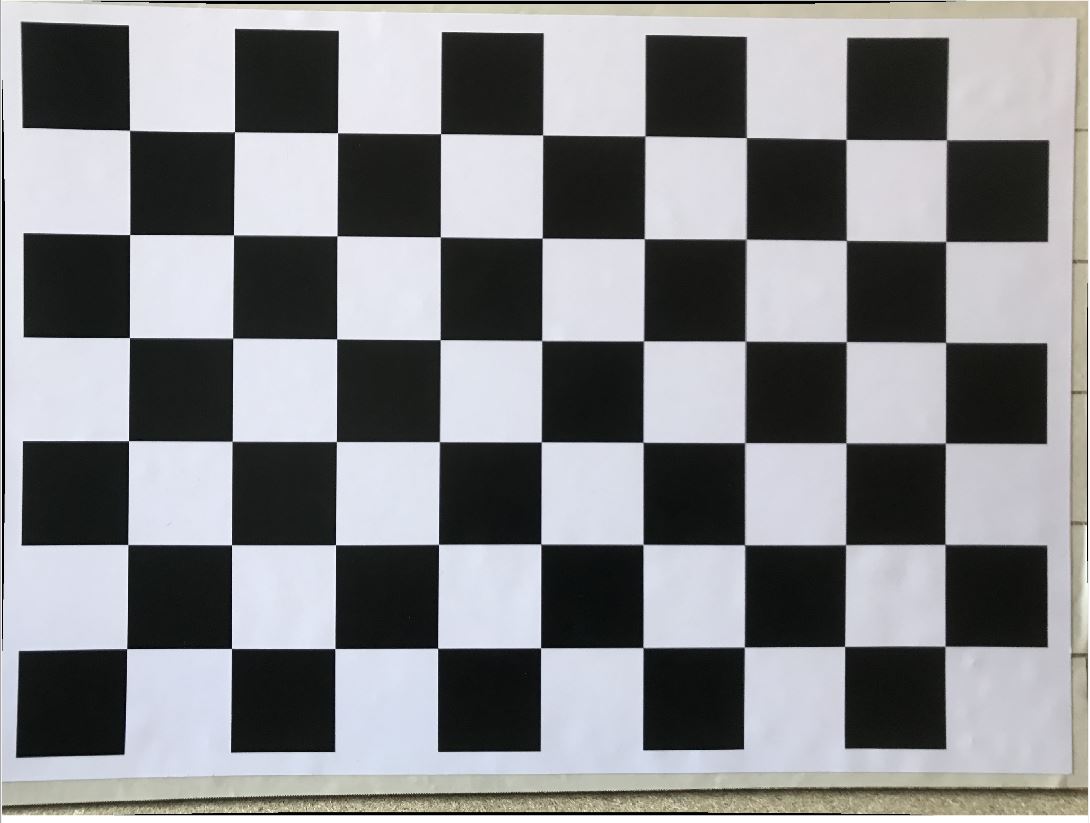 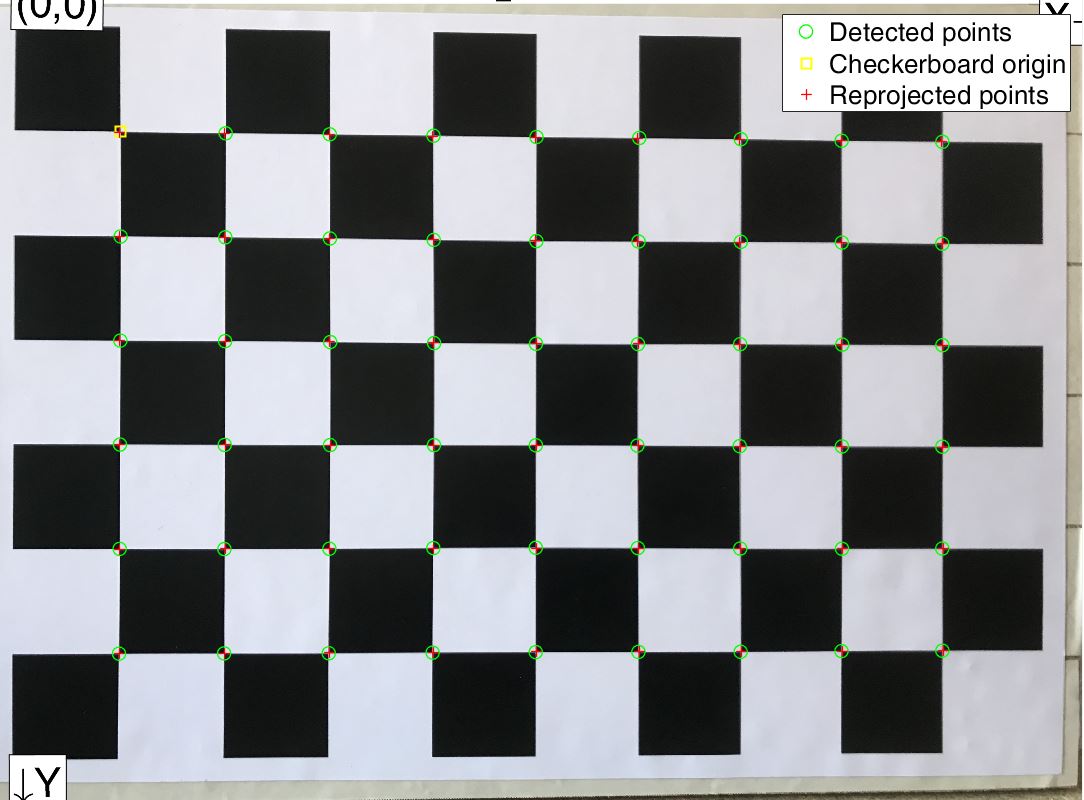