The McLaren Speedtail Hyper-GT is the British auto manufacturer’s fastest road car ever. Near the end of testing, a prototype of the sleek gas-electric hybrid sports car hit 403 kilometers per hour (250 miles per hour) at the Johnny Bohmer Proving Grounds, NASA’s runway in Florida. Specs for the 2020 production model say that it can go from 0 to 300 kilometers (186 miles) per hour in 13 seconds.

To charge the lightweight battery whenever the aerodynamic three-seat vehicle isn’t in use, McLaren partnered with Lumen Freedom to use their Wireless Electric Vehicle Charging (WEVC) system. The Speedtail is the first vehicle in the world to incorporate it.

“The future will offer many different forms of charging. Currently we have static, and then we move into semi-dynamic. The final step is full dynamic charging, where you will be able to charge at speeds in excess of 100 kilometers per hour.”

Eventually, the wireless system could eliminate range anxiety by charging vehicles stopped at traffic lights and cruising along highways. “The future will offer many different forms of charging,” Wilson said. “Currently, we have static, and then we move into semi-dynamic. The final step is full dynamic charging, where you will be able to charge at speeds in excess of 100 kilometers per hour.”

For Lumen Freedom, the Speedtail project is just the start. Their production-ready system has the potential to transform automotive design, transportation, and even the power grid as we know it.

Charging Performance Put to the Test

Instead of cords, plugs, and bulky charging stations, the WEVC system uses resonant inductive magnetic coupling. Current from a power source moves from a transmitting pad on the ground underneath the vehicle through the air gap to a receiving pad built into the vehicle. Power transmission efficiency is 92% or greater.

The ground assembly and vehicle assembly communicate with each other wirelessly. Drivers can monitor the charging system using either the 10-inch in-vehicle touchscreen or an app on their smart device. High-clearance capacity makes the system compatible with all vehicle types, from performance sports cars to family sedans and SUVs.

Since its beginnings in 2016, Lumen Freedom refined the concept of WEVC and developed the world’s first single-box 11 KW system. Lumen Freedom is now a fully accredited licensee of Witricity.

Lumen Freedom employs many regimes for physical testing. A large aluminum frame, known as a gantry, is hooked up to a high-voltage Regatron power supply system to assist with simulating real-life operation and power requirements. “You need to be able to work out how much of your power is being dissipated into the surroundings and how much is actually being coupled,” Pesina said. 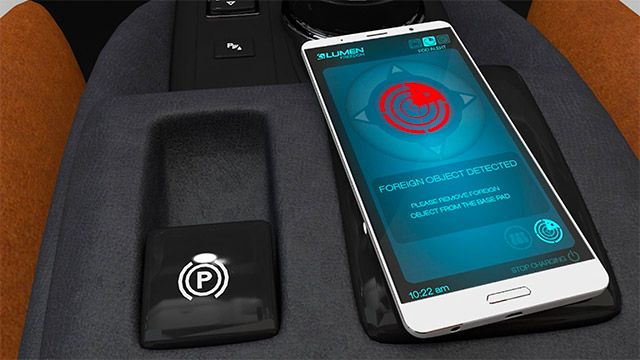 When a foreign object is detected on the charging pad, an alert is sent to driver’s phone. (Image credit: Lumen Freedom)

In wireless electric vehicle charging, misalignment of the vehicle over the base pad is not an issue since the system incorporates advanced hybrid positioning technology. The Lumen team tested alignment with computer-controlled stepper motors to adjust the height and the X and Y positions for alignment studies.

Simulations helped the team build safety protocols into the system software so that any extreme misalignment detected by the pad sensors would automatically turn off the entire charging system. The WEVC system incorporates a foreign object detection system that can detect a metallic object as small as a paper clip on the ground pad. It then alerts the driver about the obstruction via the app. The system will shut down until the foreign object is removed.

Wilson is quick to point out that automated safety controls are standard for all systems, not just the Lumen Freedom product. But the adoption of Model-Based Design accelerated the development process of the controls.

The core software models and the main logic for the entire system, including the ground assembly and vehicle sides, were designed with MATLAB® and Simulink®, Pesina said.

“[Modeling the system in MATLAB and Simulink] was factors of magnitude faster than writing it in C code. Not to mention a lot simpler to simulate and test.”

Lumen’s developer was able to move the main state machine into the models quickly. “In about three or four days, the initial draft was complete,” Pesina said. “It was fully functioning, performing the same actions that the state machine was performing in the C code.” 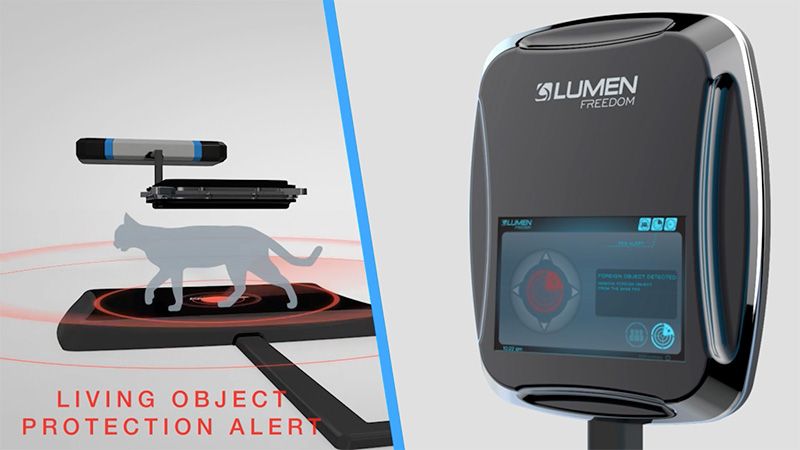 A fresh round of requirement changes meant completely remodeling the state machine. The developer finished that in one day. “It was completed a magnitude faster than writing it in C code,” Pesina continued. “Not to mention a lot simpler to simulate and test.”

Putting the communications models, the power electronics, and the state machine into models made simulating the system’s entire operation easier and safer. The developers could run the wireless charging system through a full cycle on their bench without performing a power transfer. This freed up the gantry and other equipment for separate, controlled testing using high voltage and live current levels.

The Lumen Freedom team envisions the adoption of WEVC systems by OEMs and infrastructure providers, leading to sweeping changes. One benefit will be the eventual reduction in the size of electric vehicle batteries. “As wireless charging and accessibility to wireless charging becomes more commonplace, the forward projections are that battery sizes will be reduced because you won’t need to carry as much energy on-board,” Wilson said.

“Our system will be ready for the transition to vehicle-to-home and vehicle-to-grid scenarios when the demand is there.”

Wireless charging might also move us closer to vehicle-to-home and vehicle-to-grid scenarios. Wilson predicts that EVs will help power a house or become conduits to sell electricity back to the grid. Users just set battery storage to the desired retention level and hit a button from the car or house to engage energy transfer. The fully charged vehicle runs the lights, the TV, and small appliances. For high-power home appliances, the system would revert to power from the grid.

“That testing and proof of concept is all done and dusted, and it’s actually in place in many countries with plug-in systems,” Wilson said. “Our system will be ready for that transition when the demand is there.”

Pesina anticipates that such a system would stabilize the grid and provide the energy companies with an additional supply of energy for deployment to areas prone to blackouts.

Vehicle-to-grid could encourage renewable energy uptake. Pesina pointed to Tesla Powerwall’s ability to power a home even if the mains are off. An electric vehicle might work similarly, charging a home photovoltaic system when there’s a local power outage.

The WEVC system itself is going places. “When embedded outdoors under asphalt, the charging pad continues to transmit to a vehicle, even when covered by snow or hail,” Wilson said.

Lumen’s system can charge stationary vehicles, those waiting at traffic lights, and even those driving in equipped lanes. (Video credit: Lumen Freedom)

Lumen Freedom is developing semi-dynamic charging for zero-emission-capable taxis and small commercial vehicles in the United Kingdom. Semi-dynamic charging eliminates the need to stop and plug in the vehicles. Instead, the system charges the taxi as it travels through the taxi queue, recharging a bit as it moves up each spot in the pickup line.

Wireless EV charging is emerging just as autonomous vehicle testing ramps up. In August 2020, the state of Michigan announced plans to explore building a 64-kilometer (40-mile) roadway between Ann Arbor and Detroit just for autonomous vehicles. Several major automakers agreed to provide input. The idea is to start with shared vehicles and then expand to personal and freight vehicles.

Wilson expects cities worldwide will designate areas like this for autonomous electric vehicles that can charge as they go. “It’s coming with a rush,” he said. “We’re looking forward to a big, bright, wireless future.”

Other Feature Stories on Electric Vehicles 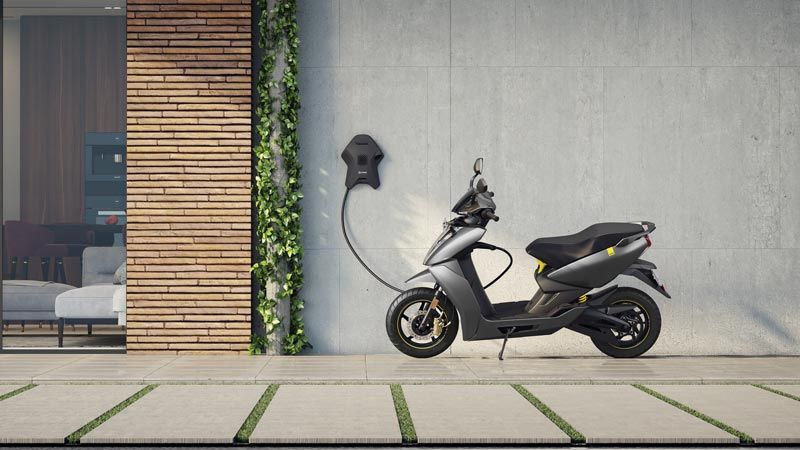 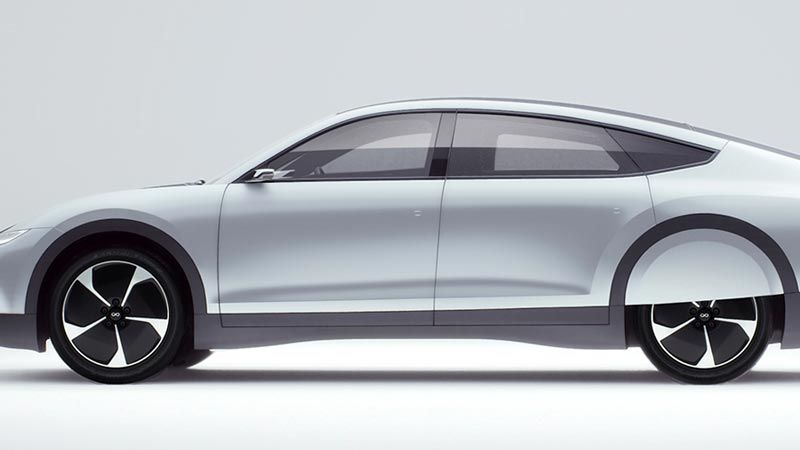 When You Know the Answer, Deep Learning Can Determine the Question