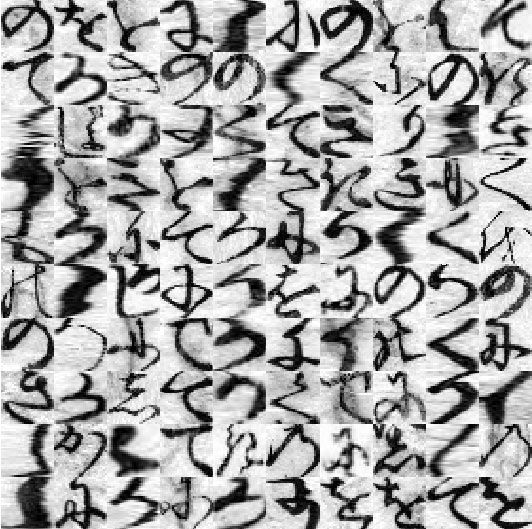 The image shows 100 characters from Japanese manuscripts written in the Edo period (1603–1868). At a first glance, they just look like scribbles. Perhaps if these characters were in sentences, it would be possible to identify them through context. But could a deep learning network identify the characters purely by themselves? MathWorks consultant Akira Agata trained a convolutional neural network (CNN) to do just that. Akira tested the CNN against a character set it hadn't encountered before. His network achieved over 90% accuracy with just a few lines of code.

Find out how Akira did this: Classifying Old Japanese Characters Using a CNN