This example shows how to train a classifier for sentiment analysis using an annotated list of positive and negative sentiment words and a pretrained word embedding.

The pretrained word embedding plays several roles in this workflow. It converts words into numeric vectors and forms the basis for a classifier. You can then use the classifier to predict the sentiment of other words using their vector representation, and use these classifications to calculate the sentiment of a piece of text. There are four steps in training and using the sentiment classifier:

To reproduce the results in this example, set rng to 'default'.

Word embeddings map words in a vocabulary to numeric vectors. These embeddings can capture semantic details of the words so that similar words have similar vectors. They also model relationships between words through vector arithmetic. For example, the relationship king is to queen as man is to woman is described by the equation king – man + woman = queen.

Load the positive and negative words from the opinion lexicon (also known as a sentiment lexicon) from https://www.cs.uic.edu/~liub/FBS/sentiment-analysis.html. [1] First, extract the files from the .rar file into a folder named opinion-lexicon-English, and then import the text.

Load the data using the function readLexicon listed at the end of this example. The output data is a table with variables Word containing the words, and Label containing a categorical sentiment label, Positive or Negative.

Set aside 10% of the words at random for testing.

Convert the words in the training data to word vectors using word2vec.

Convert the words in the test data to word vectors using word2vec.

Predict the sentiment labels of the test word vectors.

Visualize the classification accuracy in a confusion matrix.

Visualize the classifications in word clouds. Plot the words with positive and negative sentiments in word clouds with word sizes corresponding to the prediction scores.

Calculate Sentiment of Collections of Text

Create a function which tokenizes and preprocesses the text data so it can be used for analysis. The function preprocessText, listed at the end of the example, performs the following steps in order:

Use the preprocessing function preprocessText to prepare the text data. This step can take a few minutes to run.

Remove the words from the documents that do not appear in the word embedding emb.

To visualize how well the sentiment classifier generalizes to the new text, classify the sentiments on the words that occur in the text, but not in the training data and visualize them in word clouds. Use the word clouds to manually check that the classifier behaves as expected.

This function reads the positive and negative words from the sentiment lexicon and returns a table. The table contains variables Word and Label, where Label contains categorical values Positive and Negative corresponding to the sentiment of each word.

A modified version of this example exists on your system. Do you want to open this version instead?

No, overwrite the modified version Yes

You clicked a link that corresponds to this MATLAB command:

Run the command by entering it in the MATLAB Command Window. Web browsers do not support MATLAB commands. 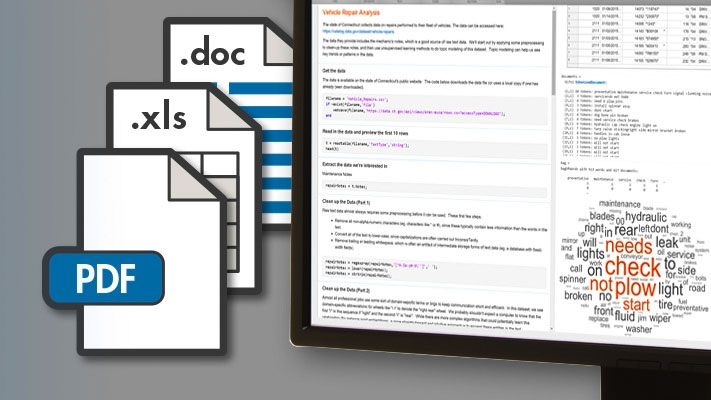 Machine Learning with Text: Get Started with Text Analytics