Use MathWorks tools for Model-Based Design to model, verify, and generate code for the controller design

“With Model-Based Design we have an integrated process for development, from idea through production code generation. MathWorks tools enabled us to develop key battery management technology using our own expertise, in an environment that facilitated early and continuous verification of our design.” 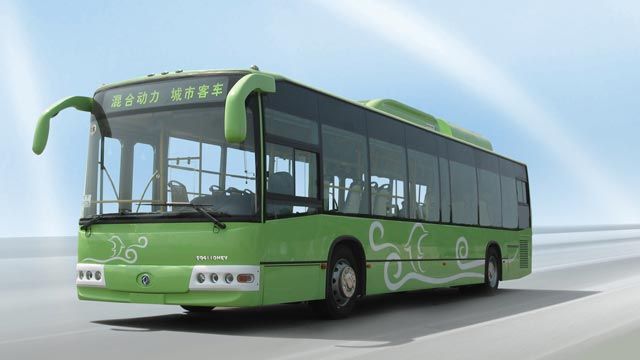 Dongfeng Electric Vehicle (DFEV) is responsible for the research and development efforts for electric vehicles and hybrid electric vehicles (HEVs) within Dongfeng Motor Company in China. The company sources most components, such as traction motors and batteries, from suppliers. However, because the control strategies for battery management and vehicle energy management are vital to performance and fuel economy in HEVs, and these controllers must be optimized and integrated on the vehicle level, DFEV decided to develop the electronic control systems for its HEVs in-house as part of its original intellectual property.

“A team of just six engineers developed the controller model and generated production code on schedule and on budget,” says Dr. Xiaokang Liu, principal engineer at DFEV. “Continuous verification and the use of plant models for closed-loop simulation enabled us to identify and resolve problems early to ensure that our high quality standards were met or surpassed.”

“On projects that involve multiple engineering disciplines, development styles vary greatly, which makes C-based implementations difficult to debug and maintain,” explains Liu. “With our limited human and material resources, hand-coding was not feasible given our tight 18-month schedule.”

Dongfeng engineers must comply with ISO/TS 16949 quality management guidelines, and the code they produce must meet the set of MISRA ® C standards that Dongfeng follows. “We need a development environment that enables continuous verification and generates consistent, compliant, and efficient production code.”

Dongfeng engineers used MathWorks tools and Model-Based Design to first design, simulate, and verify the battery management control system and then generate production code for it.

After requirements for the project had been established, they developed a baseline version of the controller model in floating point using MATLAB®, Simulink®, and Stateflow®. In parallel, the team used test data to develop a Simulink model of the battery, which when used with the controller model, provided information about battery dynamics necessary to verify the controller design.

After unit testing, the team linked the controller model with the battery model in Simulink and ran desktop simulations to verify the basic functionality of the algorithms.

To further refine the controller algorithms, the engineers quickly generated code from the model using Simulink Coder™ and ran this code on a rapid prototyping controller against the real battery.

With Fixed-Point Designer™, the group converted the model from floating point to fixed point and ran a second round of desktop simulations to verify the quality of the conversion. The engineers collected modified condition/decision coverage (MC/DC) metrics to assess the completeness of the testing.

The engineers generated production code from the model using Embedded Coder®. They verified that the generated code behaved as expected by performing software-in-the-loop tests in which they ran the code against the Simulink battery model in closed-loop simulation.

As a final verification step, the team deployed the code to the target ECU, which is based on the Freescale™ S12 microcontroller. Using code generated from the plant model, they ran the ECU in hardware-in-the-loop (HIL) simulation to verify the integration between the controller software and the ECU hardware.

The controller was then calibrated using CANape and installed in prototype vehicles for on-road reliability and durability testing, taking advantage of the ASAP2 calibration file generated alongside the production code.

The embedded battery control system is in place on Dongfeng EQ6110 buses, which are undergoing trial operation.