Modeling and Simulation of an Autonomous Underwater Vehicle

From the series: Modeling, Simulation and Control

See how you can simplify modeling for an autonomous underwater vehicle (AUV). Yashodhar Veeralla joins Connell D’Souza to talk about using Model-Based Design and Aerospace Blockset™ to build simulation models.

Yashodhar will explain the various steps involved in the building the model to simulate the dynamics of a AUV. He starts off with the basics of an AUV and the components of interest, then covers the various forces and moments that are exerted on an underwater vehicle and the scientific nomenclature involved with the motion of the submarine. The motivation behind using Aerospace Blockset for modeling is also explained.

Yashodar discusses the various components of modeling an AUV, such as vehicle propulsion, hydrostatic forces, hydrodynamic forces, noise, and filtering. He also a demonstrates the Simulink® model that was built using these concepts. Finally, he discusses the possible control laws you can apply to an AUV based on the target scenario. 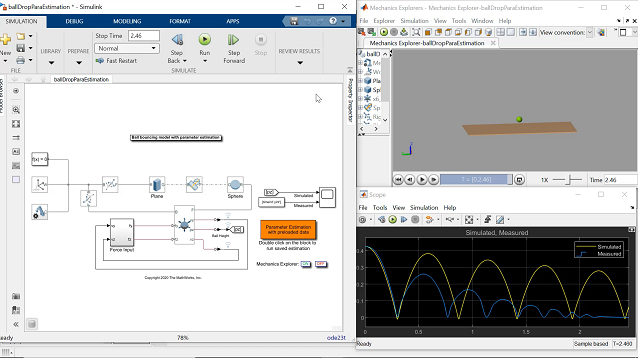