My line plot is not showing 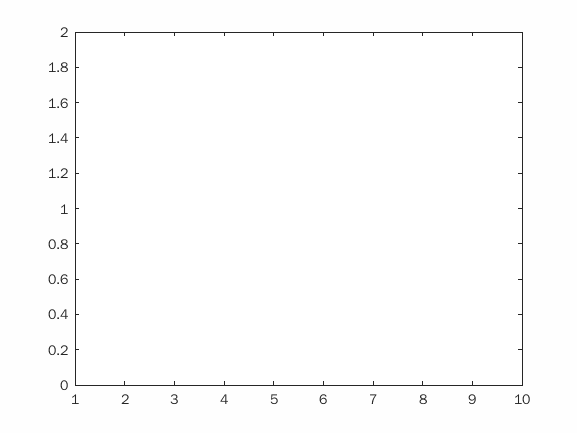 Looks like it plots nothing, but that's because MATLAB is plotting several lines with no length. You can see this if you add a marker:
plot(1:10,1,'o') 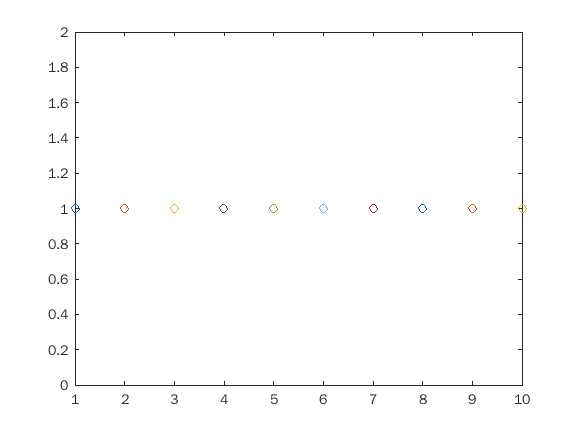 Note that they have separate colors, that's because they're separate line objects. This is particularly useful in cases where you have several series:
plot(1:100,randn(3,100)) 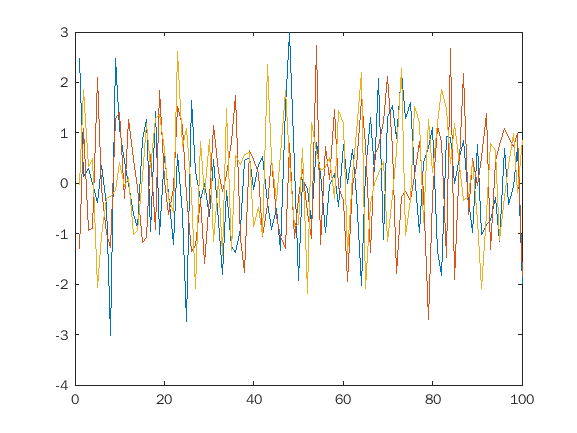 If you drop the (i) I suspect you'll get the behavior you expect. If you just want to plot that last value (i.e. with the i) then maybe add a marker? But I'm not sure that would be a very useful plot...

⋮
Thanks for your help!