David Koenig on 17 Aug 2012
⋮
Commented: HAMED AKRAMI on 1 Sep 2021
Accepted Answer: Deepak Ramaswamy
I have been struggling with trying to solve the vibrating plate equation in polar coordinates with angular dependence (non symmetrical initial condition). That is,
c d2y/dt2 = d4y/dr4
except that d4y/dr4 is just short cut symbolism for the double Laplacian in polar coordinates. I have been successful using a relatively simple explicit finite difference approach for symmetrical initial conditions but the asymmetrical IC's cause a problem. I have been holding off trying to reformulate an implicit finite difference method because there is so much algebraic bookkeeping.
I see that the partial differential solver toolbox does not deal with this problem. Does anyone know about Matlab scripts that deal with this problem?
Thanks. 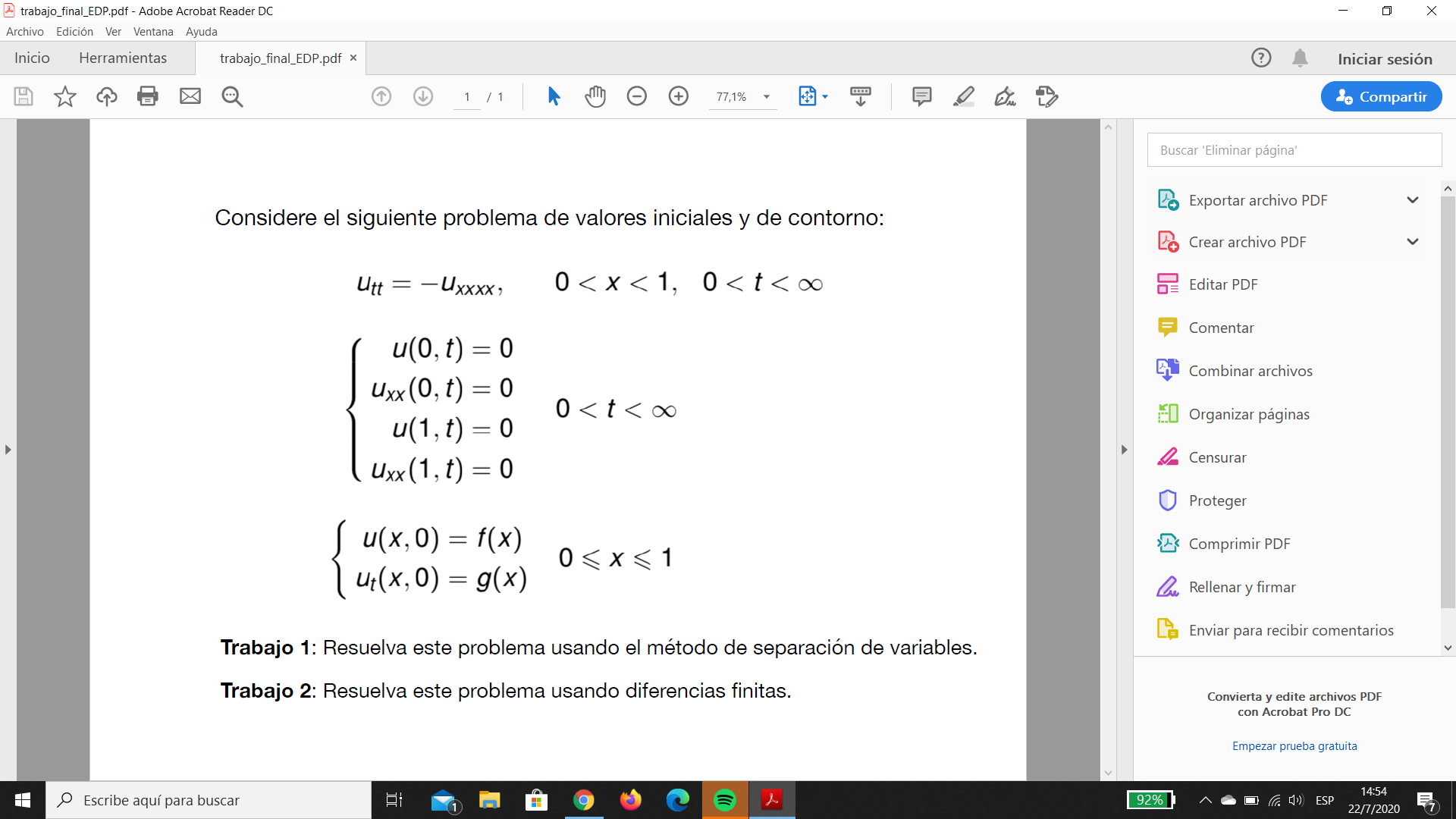 ⋮
Hi
I have trouble solving 4th degree PDE equations in MATLAB
Please email me if you can help
hamed.akrami.abar@gmail.com

⋮
hi alex ; Email me the solution of this equation in MATLAB with full details
hamed.akrami.abar@gmail.com

Deepak Ramaswamy on 17 Oct 2012
⋮
Hi
Don't know if you're still looking to solve this problem. The link below shows a static plate example of converting a 4th order PDE to a 2nd order PDE in the PDE Toolbox
http://www.mathworks.com/matlabcentral/fileexchange/34870-deflection-of-a-square-plate-calculated-with-pde-toolbox/content/html/clampedSquarePlateExample.html
The trick shown in the example can be extended to the hyperbolic problem as well. You might also want to consider using the eigensolver in the PDE Toolbox if you're interested in looking at modes.
Deepak

⋮
Deepak, I am taking the brute force approach of replacing the partials with finite differences and then developing an explicit numerical method from the result. It seems to work OK but, of course, there is some serious bookkeeping required.
On the other hand, your suggestion of converting to two 2nd order pdes is interesting and I will pursue it. Thanks.
Dave

HAMED AKRAMI on 1 Sep 2021
⋮
Hi
I have trouble solving PDE equations of order 4 in MATLAB
Please email me if you can help
hamed.akrami.abar@gmail.com