denisa on 12 Apr 2020
⋮
Answered: Image Analyst on 26 Nov 2022
Hello everyone! I want to make edge detection with sobel operator on RGB image using conv2 function. After extracting each color components and convolving sobel operator and image matrix of color components, I unify all resulting channels at the end. The operations can be applied using the link given below. But I am newbie in image processing and when I search for sobel edge detection subject, I generally see the filtered outputs as in black & white or grayscale image forms But my filter function output has some colors beside the black & white or grayscale such as red, yellow, blue etc. What is the meaning of this colors in sobel edge detected image?
https://www.mathworks.com/matlabcentral/answers/108868-edge-detection-using-sobel-operator
I found an explanation in Wikipedia and here is the link:
https://upload.wikimedia.org/wikipedia/commons/thumb/8/8b/Sobel_Operator_Gradient_Angle.JPG/270px-Sobel_Operator_Gradient_Angle.JPG
https://en.wikipedia.org/wiki/Sobel_operator
If anyone can explain the reseason I will be appreciated. Thanks! 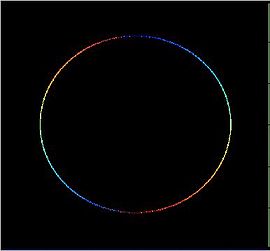 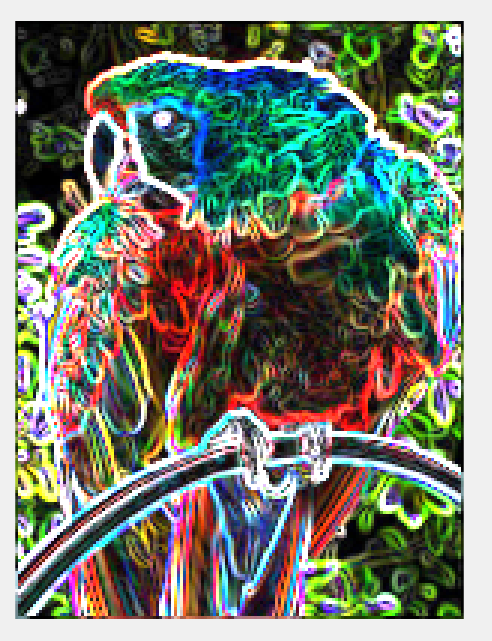 DGM on 26 Nov 2022
⋮
Ran in:
There's some confusion going on here. The colors in the two images represent different things.
Let's start with the latter. You're calculating the image gradient by way of filtering all three channels of an RGB image. If the gradient within each channel is not identical (i.e. if the hue changes), then the gradient image will be colorful as well. If an edge appears red, that's because the gradient in the red channel dominates locally.
% a basic RGB gradient map
A = imread('peppers.png');
A = im2double(A);
fk = fspecial('sobel');
Ay = imfilter(A,fk);
Ax = imfilter(A,fk.');
Gm = hypot(Ax,Ay); % [0 3.54]
imshow(Gm) 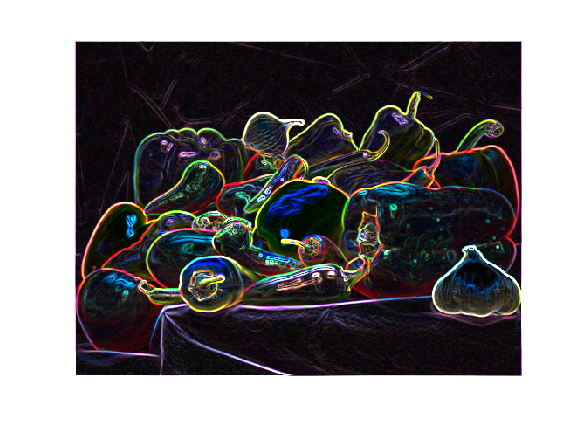 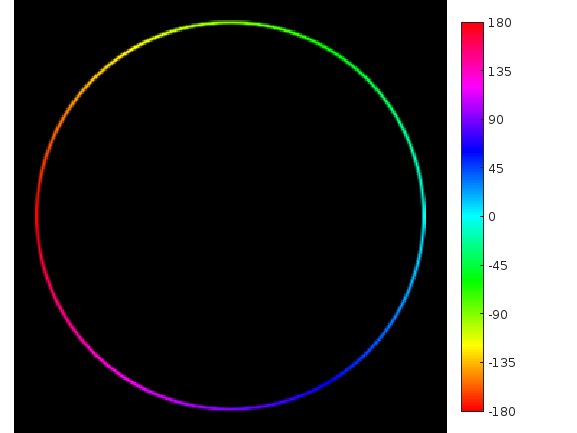 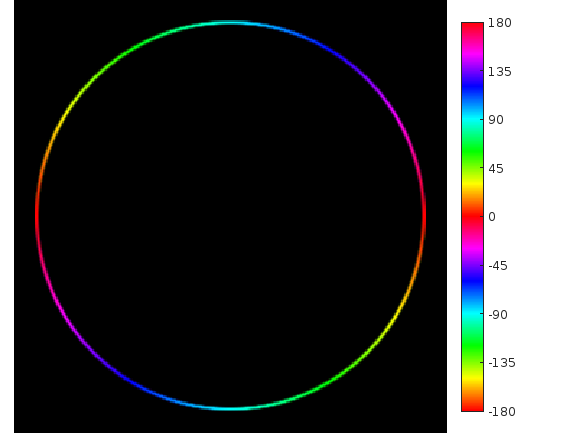 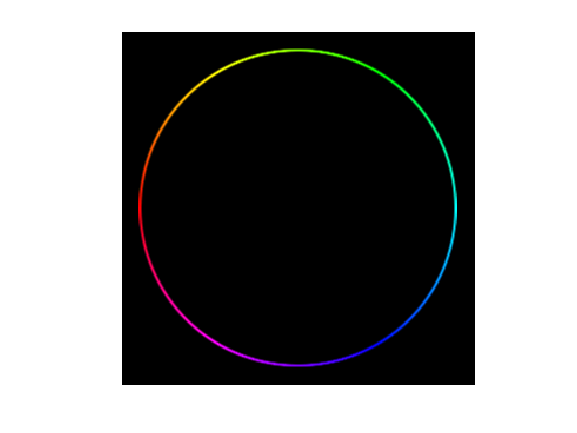 Image Analyst on 26 Nov 2022
⋮
Like @DGM said, just doing a sobel on each color channel of an RGB image is kind of meaningless and probably won't be useful to you in subsequent operations or analyses. You're probably best off just converting it to grayscale with rgb2gray and then doing Sobel on that. Whatever you need edges for will probably be better off using that than what you did, unless your goal is just to make a very colorful image for fun.