Matheus Andrade on 22 Jul 2020
⋮
Commented: Matheus Andrade on 3 Aug 2020
Accepted Answer: Vasco Lenzi
The Simscape is a library with physical components to create a physical model. A model built with Simscape would be a white box (a model that we know exactly how it works) or a black box (a model that was created and we don't have acess to its functioning completely)? Or somehow a grey box?

Vasco Lenzi on 3 Aug 2020
⋮
Hi Matheus
The components in the Simscape Foundation Library come with the source code behind it. In it you can exactly see how the block has been built using Simscape Language, and which physical equations are implemented in the component: 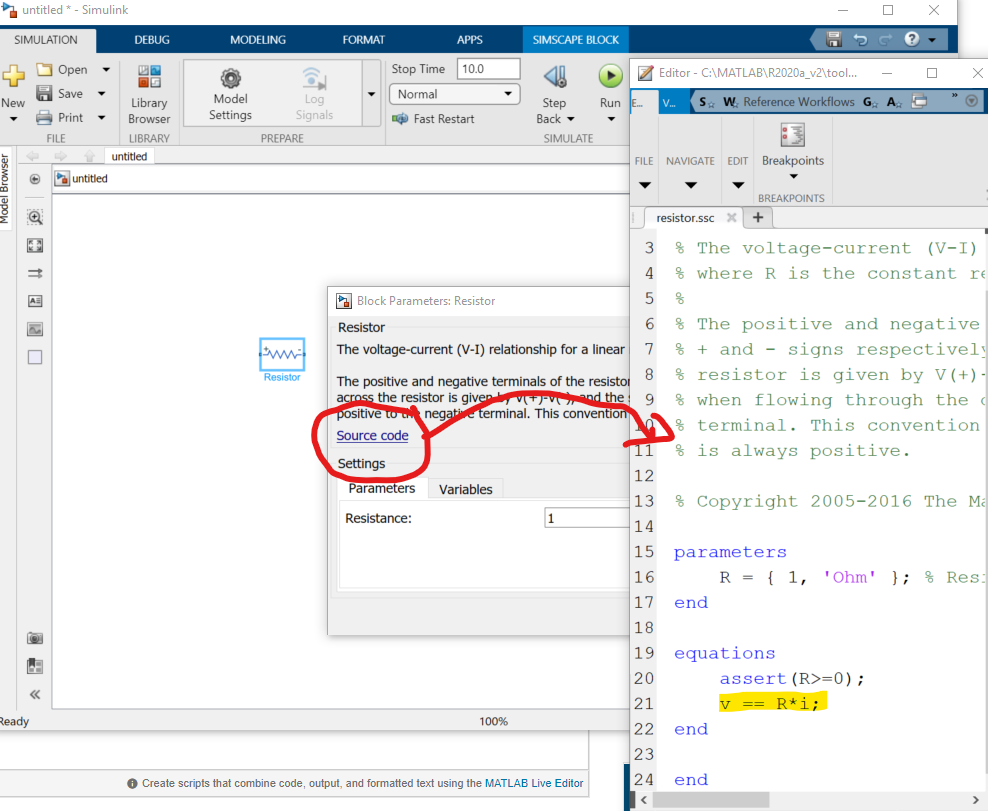 For the add-ons to Simscape such as Simscape Driveline, Simscape Electrical, Simscape Multibody or Simscape Fluids, the source code is not usually open for various reasons. In the case that the Simscape Language implementation is not visible, we publish the underlying physical equations in the documentation page of the block, for example for the Leadscrew in Driveline
https://www.mathworks.com/help/releases/R2020a/physmod/sdl/ref/leadscrew.html
In my opinion this makes Simscape very much a white box modeling approach: you know exactly which equations are acting under the hood, and how, either by looking at the source code (when available) or the documentation. If you don't like how we implemented a block, you can even write your own using Simscape Language and have full control on the implementaiton. This requires the Simscape license only:
https://ch.mathworks.com/help/physmod/simscape/getting-started-with-simscape-language.html
MathWorks offers as well consulting services to help out creating new models, customizing them, and get a team up and running quickly with special request.
Hope this helps
Vasco

⋮
Hi Vasco!
I was thinking about Simscape so much like you just said, but I wasn't 100% sure because it could be a grey box somehow. White box then!
Thank you for the help!
Matheus