Is it possible to pass time series vectors into simscape blocks for block characterization?

Thilo Krause on 3 Aug 2020
⋮
Commented: Vasco Lenzi on 5 Aug 2020
I am building a system with simscape fluid blocks. To characterize the fluid blocks, for example a controlled pressure source block, i built another system in simulink that calculates these parameters, like the pressure differential in my example. The calculated pressure differential is no fixed variable but changes within the simulation of my simulink model. So far i only managed to pass a constant variable into the simscape blocks which would lead to a static simscape model.
Is there a possibility to pass the vector containing delta_p and the time into the simscape block so that the dynamics will be considered for the simulation of the simscape model?
Thank you in advance.

Vasco Lenzi on 5 Aug 2020
⋮
Hi Thilo
Can you not simply connected your subsystem output to the controlled pressure source using a Simulink-PS converter?
Here a screenshot of what I mean: 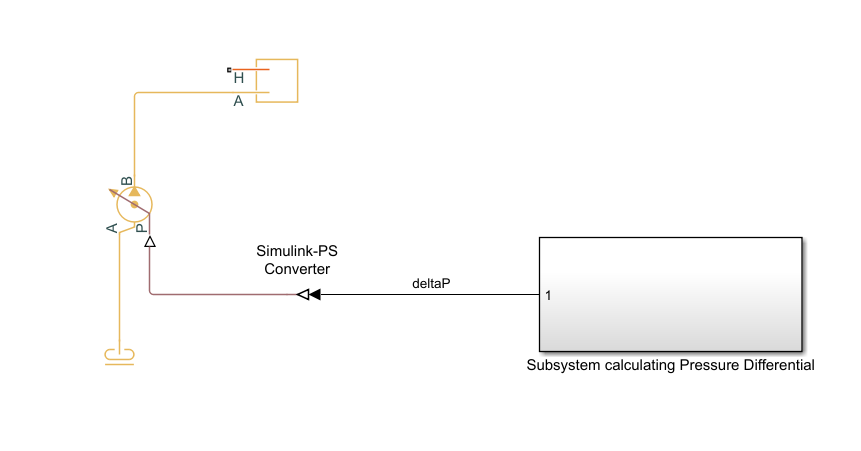 ⋮
Thanks for your answer. Your suggestion should work for my example with the controlled pressure source. But i have other blocks in my system, for example a flow resistance block, which does not have a port for a physical signal. The nominal pressure drop in this block should also not be a constant. Do you know a possibility to solve this?

⋮
Hi Thilo
you could replace the flow resistance block with a controlled pressure source going against the flow, to represent a pressure drop, and you then feed any profile to the pressure source.
Alternatively, you can change the underlying code of the flow resistance valve and create your own component with an input port instead of a fix parameter. Check the documentation for more details on Simscape Language and component customization. This should be failry straightforward to implement if you dig a bit in the documentation:
https://ch.mathworks.com/help/physmod/simscape/getting-started-with-simscape-language.html 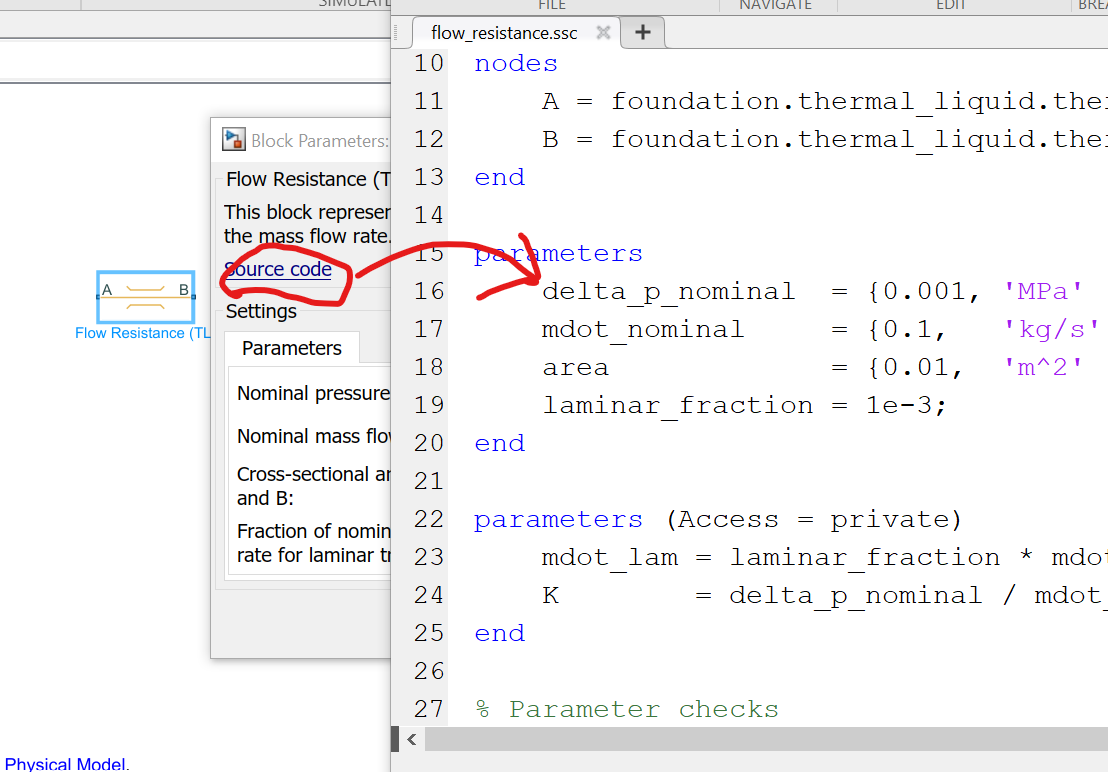