Trying to shift/recenter map and data 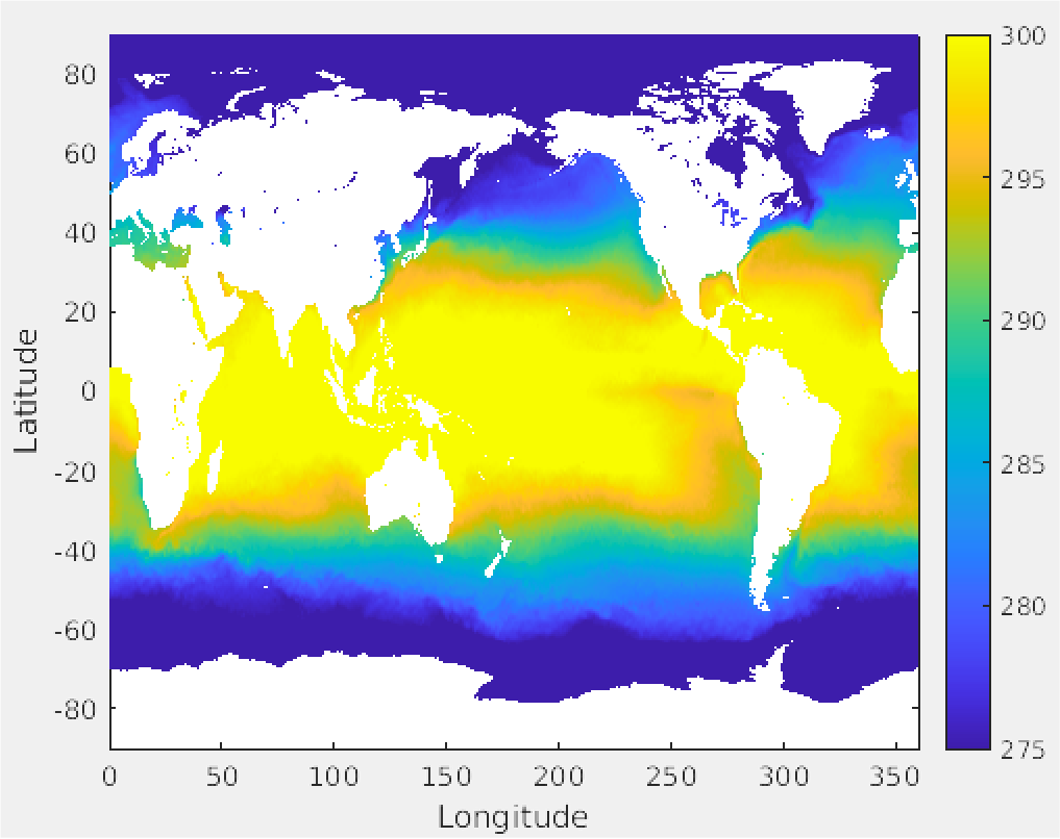 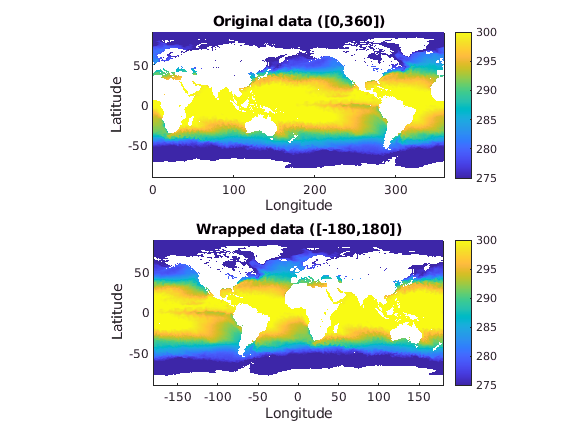 ⋮
Hi Adam, thank you for your response! I tried your method of using: wrapTo180() for my longtitude file, but I am getting the same weird result where the longitude has adjusted, but my data does not (especially east of the prime meridian and over land). Please see image below and note how it differs from the initial plot I posted above. Is it possible that I need to wrap the data contained within my 3rd dimension some how as well? 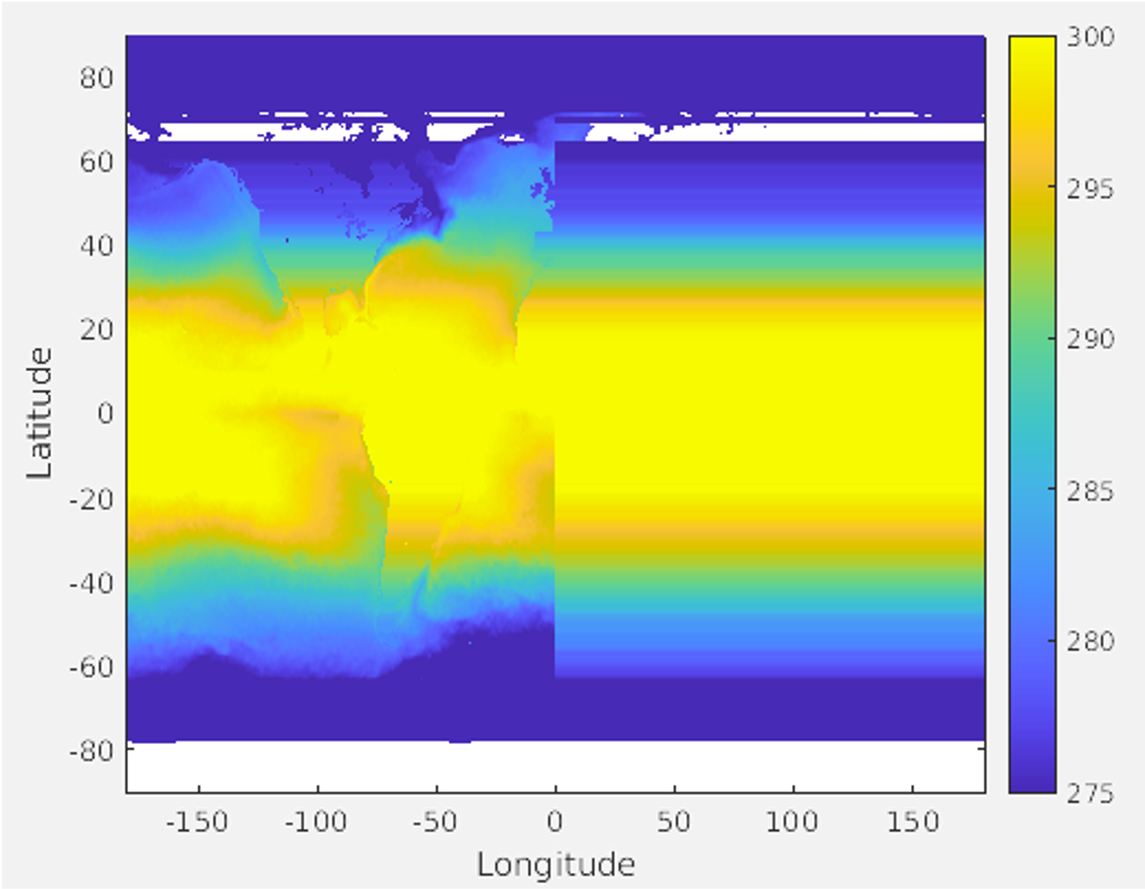 ⋮
Good catch, but it will probably be easier to sort the wrapped X data than to rearrange the C data. Answer appended.

⋮
Thanks Adam...I'll try and give that a shot and see what I get. In the mean time, I've just attached my data (.mat files) to better manipulate the data so you can see what I'm working with as well. ''sst2.mat'' is essentially the same as my "array_1(:,:,1)" matrix that I have in my original code when I posted.

⋮
I tried your method above, but unfortunately the longitude values moved as they were supposed to, but my data did not, making it look off-kilter :( My data is attached in my last comment above. If you could take a look and see if you get the same result as I do that would be very much appreciated!

⋮
Hey Adam! I gave it another shot and it works perfectly now. Looks like I had a minor typo and that was the reason why I couldn't get the data to shift over with the longitude grid using your code. It works perfectly now! Thank you so much for the quick and thorough responses, it is greatly appreciated. The temperatures in the dataset are in fact the water surface temperatures in degrees Kelvin.
-Brian 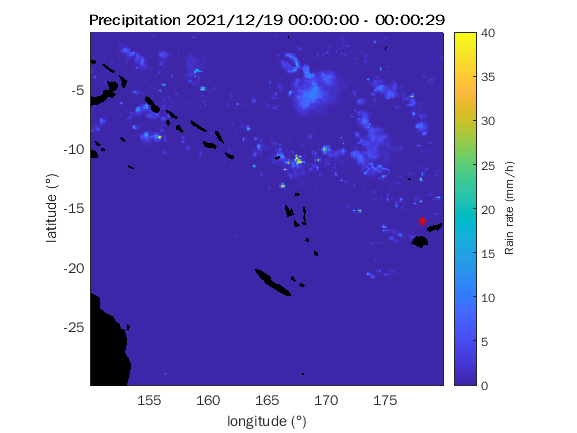