This is a finite volume (toy) toolbox for chemical/petroleum engineers. Right now, it can solve a transient convection-diffusion equation with variable velocity field/diffusion coefficients. The discretization schemes include: 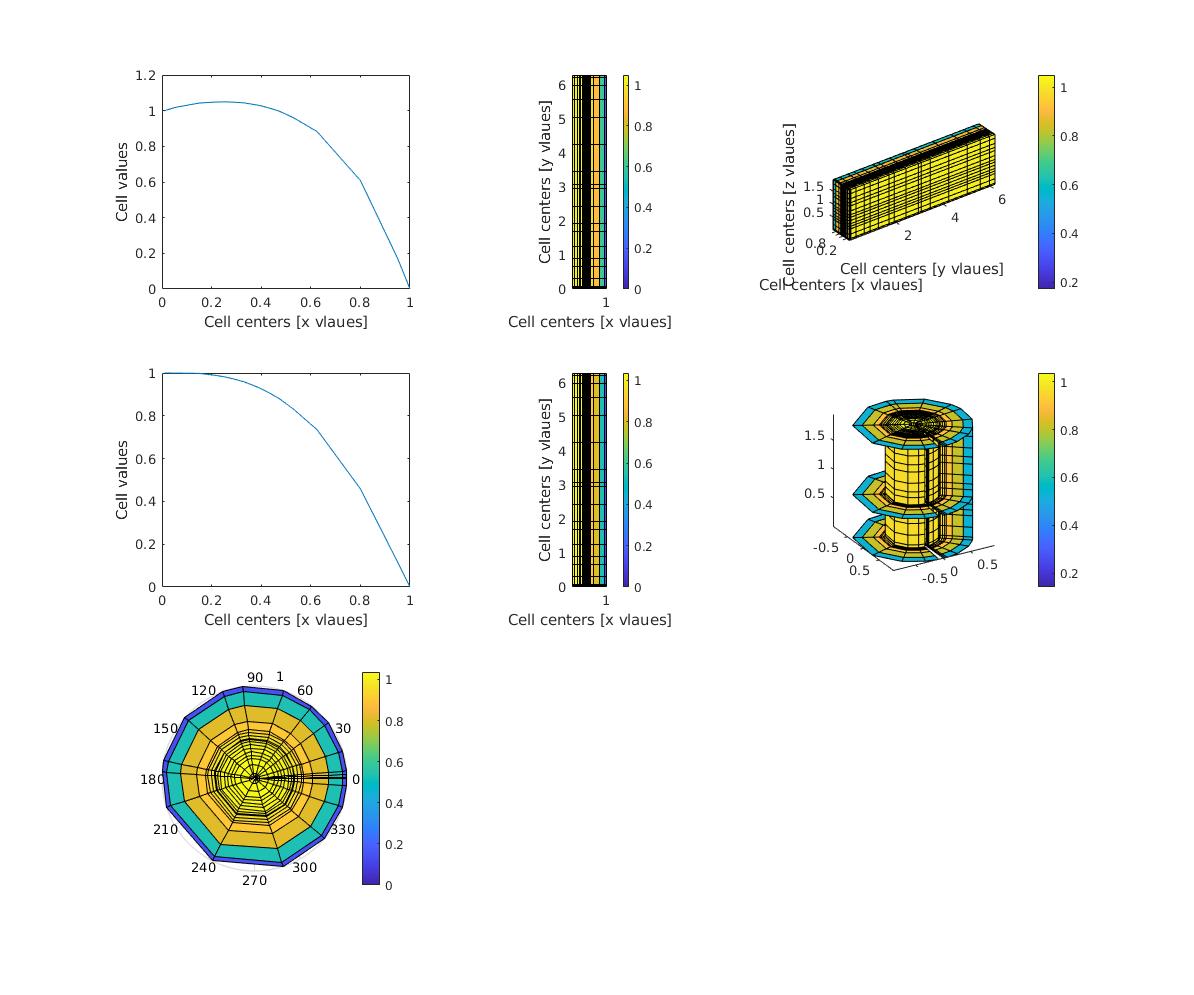 Which equation do you solve?

You can solve the following PDE (or a subset of it):

with the following boundary conditions:

Believe it or not, the above equations describe the majority of the transport phenomena in chemical and petroleum engineering and similar fields.

I started writing this tool after playing with FiPy, an amazing python-based finite volume solver. This matlab solver is not a clone, and indeed very limited compared to FiPy. I wrote it to have a very handy tool for testing new ideas (new mathematical models) by solving them in 1D uniform Cartesian grids. Then I extended the code to

I have overloaded some of the matlab operators to simplify the switch from 1D codes to 2D and 3D. 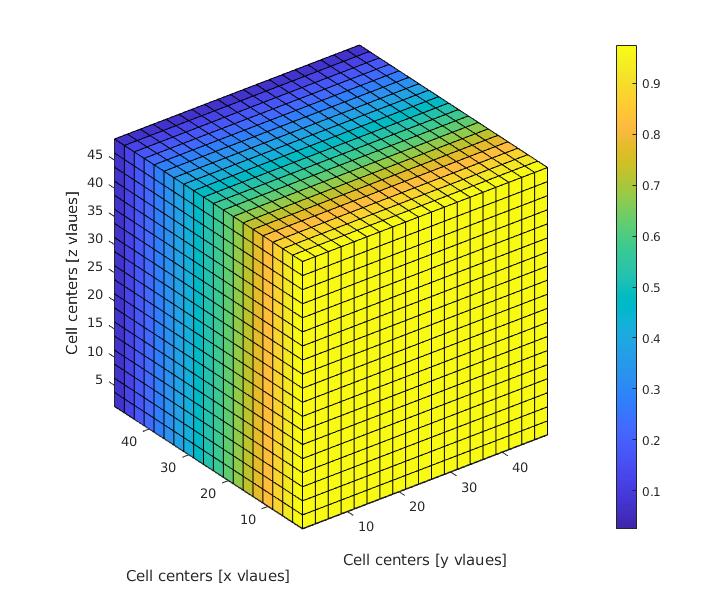 There are a few simple examples in the Tutorial folder. You can also find a few more advanced examples (water injection into a heterogeneous oil field, two nonlinear PDEs, coupled fully implicit solution) in the Advanced folder.

But Matlab is not a free software?

You can use the code in octave. The new (object oriented) version of the code works in Octave 4.0 (with the new classdef function).
I've re-written the code in Julia. It works fine, but the visualization on Windows OS has still some issues.

You can ask your questions by creating a new issue here, or by writing a comment in my blog. You can also ask your question in the Matlab file exchange page of this code. I truly appreciate your feedback and/or contribution.

If you have used the package in your work and you find it usefull, please cite it as:

I will also appreciate it if you write me a couple of lines about how you have used it in your research. It encourages me to maintain the code.

Created with R2014a
Compatible with any release