Design and Optimize MEMS Devices with Coventor MEMS+ and Simulink

In this webinar, engineers from the MathWorks and Coventor present a streamlined workflow for designing and optimizing MEMS devices using MEMS+, MATLAB and Simulink. Previously, in order to reap the benefits of Model-Based Design for MEMS, engineers had to manually create overly-simplified models of the MEMS behavior either from analytic formulae or finite element extraction.

Using Coventor MEMS+ with the built-in MATLAB interface, MEMS engineers can create a single, common model from 3D parametric components to immediately explore the impact of the control circuitry together with the MEMS device.  Furthermore, the common model can be used for design-space exploration, yield analysis, and package effects.

The webinar demonstrates this workflow on a MEMS accelerometer in force-feedback control to highlight the performance gains from this approach.  We use this single model within MATLAB and Simulink to:

Carlos Osorio, Senior Application Engineer, MathWorks
Carlos received a B.S. from the Pontificia Universidad Catolica del Peru and an M.S. from the University of California at Berkeley, both in Mechanical Engineering. He specializes in Automatic Control Systems and Vehicle Dynamics. Before joining The MathWorks in October of 2007 as an Application Engineer, he worked in the automotive industry in the Advanced Chassis Technology Department at Visteon Corporation, where he was involved in the development and implementation of prototype electronic active and semi-active suspensions, steer-by-wire and brake-by-wire systems for passenger vehicles.

Mattan Kamon, Coventor Inc.
Mattan (Matt) Kamon received a B.S degree in engineering science and a M.A. degree in mathematics in 1991 from Pennsylvania State University, and  M.S. and Ph.D. degrees in electrical engineering and computer science in 1994 and 1998, respectively, from the Massachusetts Institute of Technology (MIT). For his graduate work he developed efficient algorithms for 3-D interconnect parameter extraction and simulation. Matt is well known for developing FastHenry open source software for inductance extraction.

He joined Coventor in 1998 and for the past 14 years, has contributed a wide variety of innovations in Coventor's MEMS simulation tools.  His current focus is the implementation and deployment of a common platform for both MEMS design and model generation for MEMS-IC cosimulation. Matt now spends a significant part of his time engaging with with Coventor's commercial and R&D partners.

Time-Delay Systems: Analysis and Design with MATLAB and... 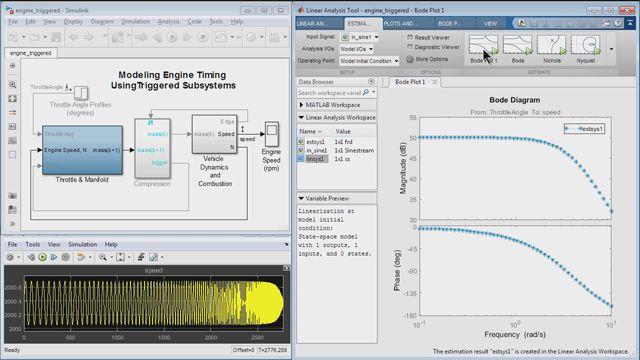 What Is Simulink Control Design?

Trim, Linearization, and Control Design for an Aircraft

SERDES Design with MATLAB and Simulink

Linking Requirements and Design for Aircraft

Modeling Systems with Multilevel Converters in MATLAB and...

Large-Scale Wind Farm Modeling and Simulation in MATLAB and...

Modeling and Simulating the HMI Logic of Medical Devices

Data-Driven Control: How to Design a Controller When Plant...

Utilization of Simulink Verification and Validation and...